If you’re on this page, you probably saw a bug that looks like a cockroach. If that’s the case, this page will hopefully identify what type of bug you’re dealing with. Once identified, you’ll know if the bug is one you need to be concerned about. 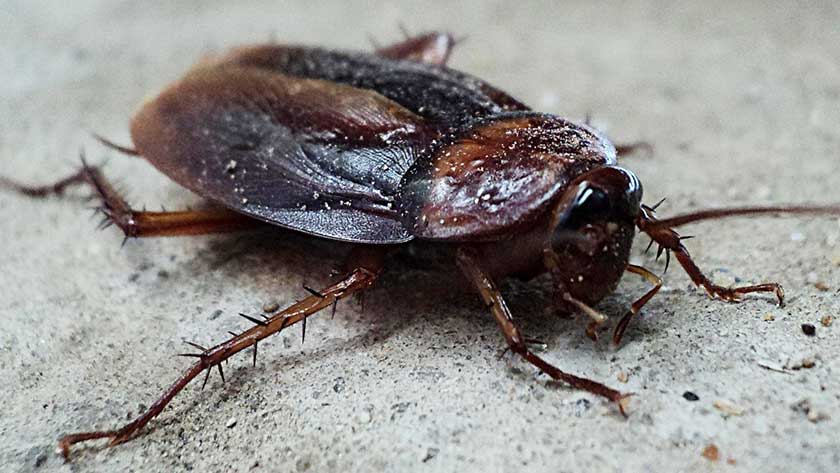 However not every bug or insect that has six legs, antennae, reddish-brown or translucent wings is a cockroach; there are several other insect species that have a cockroach-like appearance but distinct characteristics and habitats that make them easy to distinguish. 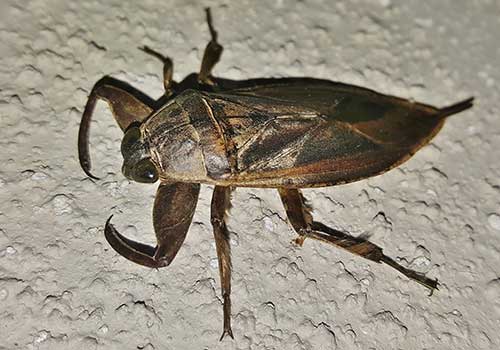 Giant Water Bugs are often confused with cockroaches because they do have some similar physical characteristics.

However, they both are distinct and entirely different species with key differences lie in their size, habitat, and diet. Though cockroaches inhabit humid and damp places like basements, bathrooms, and sewers, they don’t live in water, while on the other hand, water bugs are found in freshwater sources or in standing water like ponds in the outdoors or in stagnant water in the garden or yard.

Water bugs are quite specific about their food choices and as they live in water, so they prefer to consume fresh food like small fish or tadpoles, unlike roaches that are notorious for eating away literally anything that they come across.

2. June Bugs or May Beetles 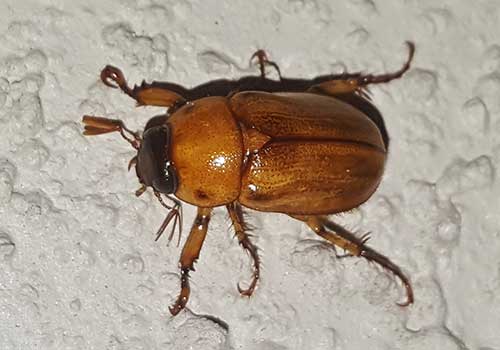 People who have never seen these flying insects or just got a passing glance of them often misidentify them as cockroaches, but there are basic differences that tell these two species apart.

May/June bugs are about the same size as cockroaches (½ to 1 inch), and just like cockroaches, their body color varies from reddish-brown to black. But these beetles have a stockier appearance as compared to roaches with higher and rounded backs.

Farms and fields happen to be a favorable habitat for these beetles as they are vegetarian and feed upon leaves, on the contrary cockroaches prefer to live in indoors with no specific food choices. May/June bugs are benign and unlike cockroaches, they aren’t known for carrying diseases. 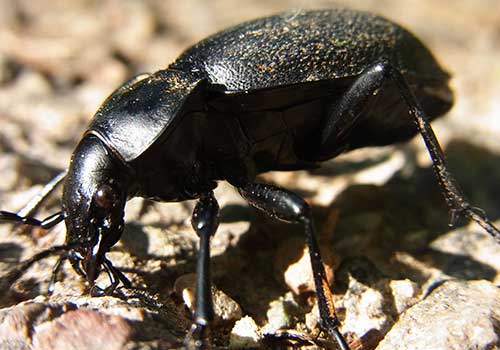 Generally, ground beetles are mistaken as cockroaches because of their dark and shiny bodies. Just like cockroaches, they have wide body frame, wings, and deep red/brown exterior but the distinguishing factor between the two is that the front wings of beetles are hardened while cockroaches have leathery wings.

Ground beetles though are often despised because of their resemblance with cockroaches, but they are not harmful pests; neither do they carry diseases, nor they destruct materials, in fact, they’re beneficial for gardens as they eat away pests that are detrimental for crops. Since these beetles are beneficial insects, so it’s better to prevent them instead of killing them and for this, you can set outdoor barriers to prevent their invasion and infestation. 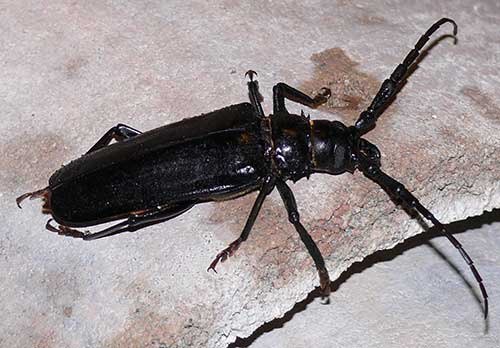 Found mostly in the South-western part of US, these beetles have an uncanny resemblance to American cockroaches because of their size and color. However, these flying beetles are a distinct species and bear darker body color as compared to cockroaches. More so, Palo Verde Beetles have comparably harder shells and longer bodies than cockroaches. These insects lay their eggs under Palo Verde and Olive trees where the baby beetles live and feed upon roots till they mature which usually takes almost four years. Mature Palo Verde Beetles are almost 3 – 4 inches long.

5. Many Species of  Crickets 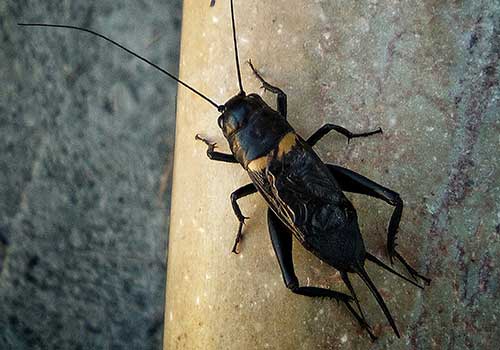 Crickets are known for their chirping sound but upon spotting, most people confuse them with cockroaches because of their six legs, long antennae, and reddish-brown/black bodies, all tricking them into believing them to be cockroaches. But all it takes is a little sleuthing to ascertain their true identity.

Crickets are smaller and faster than cockroaches and they prefer to live in outdoor settings. Unlike cockroaches, that are typically silent bugs, crickets come out during summer nights and sing which appear to us as persistent chirping noise. Their most distinctive feature is their long hind legs which they use for hopping. As compared to cockroaches, it’s easy to get rid of crickets and you’ll only require bug lights or cricket traps for the task.

Related Article: Best Ways to get rid of Cockroaches

Due to their six legs, antennae, body shape, and brown translucent wings, wood-boring beetles remarkably look the same as cockroaches but they can fly, which mostly roaches can’t and there are other characteristics that tell these two bugs apart.

Some of these beetles species, like Locust borer beetles, have distinct red, black and yellow markings which you can clearly spot when they land. Similarly, Ash borer beetles move swiftly around and have dark body color as compared to cockroaches.

Despite bearing distinctive look and characteristics, sometimes the size and shape of Asian long-horned beetles baffle people and label them as cockroaches. With a little knowledge, it’s not difficult to discriminate between the two species; unlike cockroaches, the body of Asian long-horned beetles have a jet black color and irregular shaped prominent white spots. Moreover, their long antennae curl back and give the impression that they’re completely encircling the body.

Related Article: I saw one cockroach should I be worried?

So, next time you come across any of the above-mentioned bugs, before jumping to a conclusion, closely examine them. Not all of them are harmful like cockroaches; some are beneficial for the ecosystem while others may require specific pesticides and cockroach-specific pesticides may fail to prevent their infestation. In case you fail to identify the bugs, it’s better to take the help of the professionals, because not only they’ll accurately determine the insects’ species you’re dealing with but if there’s an infestation, they will also provide pest-specific treatment to eliminate the bugs.

Related Article: 9 Best Ways to Get Rid of Spiders

My name is Blane and I’m a life-long resident of Southeastern Louisiana. I’ve been working as Pest Control Technician and Inspector for about 1.5 years now.

I’ve worked in many other industries as well, including consulting, managing, as well as at the ground level in fields including Food Service, Corporate Automotive sales, and finance. Whether it be providing counsel, content, or hands-on support; my goal remains to add value to the lives of the people I serve.

If you have any questions regarding pest control, leave them below. I would be happy to help you out in any way I can.