In the pest control industry, few products are as controversial as ultrasonic pest repellers.

Some homeowners claim they are the end all be all pest control products, while others say they had zero effect and are an absolute scam. As the controversy rages on, I’ll share my opinion on the topic and what I have learned by testing many of them. 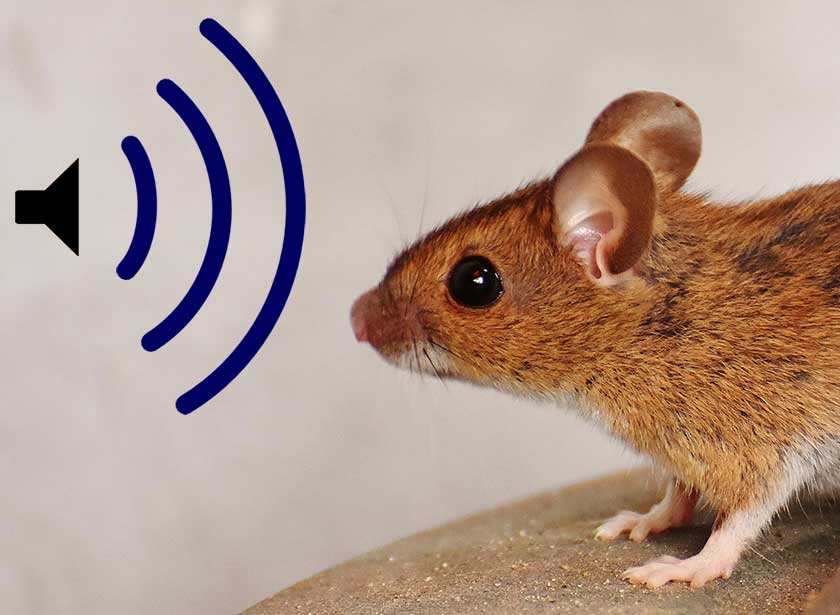 We’re going to discuss the current products on the market and answer the most important question, do ultrasonic pest repellers work?

The short answer to the question “do ultrasonic pest repellers work” is there is no credible scientific evidence that suggests ultrasonic pest repellers work. Additionally, in 2003, the Federal Trade Commission demanded that one of the chief marketers of ultrasonic repellents, Global Instruments, discontinue their advertising campaigns. Specifically, the campaigns that claimed these devices actually worked as advertised.

There was one stipulation though. The ban was to continue until there was “credible scientific evidence” that ultrasonic repellers actually worked.

In 1995, a report from the University of Lincoln, Nebraska examined six studies of ultrasonic repellers. These studies had tested the repellers on rodents. The report found that all tested products were “insufficient” at repelling rodents.

At a range of decibels and frequencies. Nothing worked on the rodents for longer than a few days. The rodents adjust to the sound!

The Environmental Protection Agency actually took legal action against the makers of the products. Those companies quit marketing their ultrasonic repellers due to significant fines from the court. Deja vu, anyone?

A few years after the ban was put in place, there was a meta-analysis (where you look over a bunch of similar studies) by research group Cochrane. This was important to Cochrane, which is normally interested in medicine, due to the implications for combating malaria.

Mosquitoes are a massive source of malaria. Malaria is a disease you don’t want. If you could get rid of Mosquitoes by hanging a few devices around mosquito-ridden areas, that would be a major help.

Cochrane examined ten studies that had all put electromagnetic waves to the test. These research projects tested for repellent effects and came up empty. All ten of them.

So at this point, you have companies still marketing ultrasonic repellers with promises that, by association, have medical applications… Promises that are scientifically incredible. Not great.

Related Article: How to Get Rid of No-See-Ums

[There is] no scientific evidence whatsoever [that ultrasonic repellers work on mosquitoes].

-Bart Knols, an entomologist from the advisory board for the Dutch Malaria Foundation

In 2005, the British magazine Holiday conducted its own series of tests on four different ultrasonic repellers. The magazine described them all as a “shocking waste of money.” The Federal Trade Commission cracked down again, scolding the makers of one ultrasonic repeller known as the “lovebug.”

The lovebug was withdrawn from the U.S. market due to concerns that the electromagnetic waves could be harmful to babies. It was designed to be attached to baby strollers. Oh, still available in Europe though.

Are you starting to develop a certain picture of these companies yet? We are.

In the video ultrasonic pest repellers were tested on bugs, attempting to repel them from a light source at night.

By the end of the video, you can see loads of moths and other buggies flapping madly around the repellers. It’s really quite funny.

It looks like some companies are literally selling you hunks of plastic with fancy names plastered onto them.

What Do the Reviews Say about Ultrasonic Pest Repellers?

So here’s something interesting. The reviews appear somewhat mixed. With all that scientific data and legal action, you’d think ultrasonic repellers had emitted their last, right?

They are alive and apparently well on Amazon. So what’s the deal? For one, there is a bit of a fake online reviews epidemic. Amazon has gotten way better at this, but we took the liberty of investigating some of the most popular ultrasonic repeller reviews.

According to our favorite fake review detector, Fakespot, the review authenticity for most repellers ranges from a C to an F. Those are school grades, folks. F is for flunk.

Fakespot will give you a number of helpful tips, including notes that reviewers have a “suspiciously positive sentiment.” Or it will acknowledge some degree of deception involved, high or low.

Nearly all of the repeller products have had over a hundred reviews deleted by Amazon (good on them), and most of the company grades don’t get very high either.

In fact, it is normal for ultrasonic repeller companies to suffer terrible reliability scores overall. Many have review authenticities estimated at a rate of 60%. To be clear, that means 40% of their total reviews are unreliable.

Some companies actually had scores of 60% unreliable reviews.

It’s not uncommon for people to see a product, notice a 5-star rating, and click” add to cart”. But this runs the risk of overlooking some real shady business.

There are lots of examples of bad reviews.  These reviews often show a sub-par grasp of English and have many typos. The strangely vague and suspiciously brief exclamations. What’s with that first one? It’s not even a review! It’s just a sentence fragment. When you combine the sketchy reviews with the sketchy history of ultrasonic repellers, you really start putting the pieces together.

What About the Good Scores?

Some companies actually had decent scores. No As, but a few Bs here and there. However, we should remind readers that no repeller (without fake reviews that is) we looked at had a score of better than a C. Even when the company itself seemed reliable, the product was never better than controversial.

As for the C-grade repellers, it looks like there are indeed some authentic reviews that do recommend the product.

Well, there will always be some number of good reviews for a bad product. There are all kinds of things that can happen. If the thing works one time and the buyer reviews it positively, they probably won’t come back on the site to give it a second review.

Or maybe they buy pest poisons and traps along with an ultrasonic repeller, and fail to realize that the problem is solved by the poisons and traps. Or maybe it’s a coincidence… You use it once, and some other unknown thing drives the pests out around the same time.

Like dancing on one foot to make a headache go away. Your headache was bound to disappear eventually, and you were bound to be doing something when it happened.

Hard to say, but we think that science, history, and Fakespot make for a pretty clear report. Which means…

Ultrasonic repellers certainly don’t skimp in the boldness category. These things make some serious claims on the packaging. It will differ somewhat from brand to brand, but the general idea is this:

The device emits sounds at frequencies undetectable by humans. Short wavelength, high-frequency emissions. Humans are usually unable to hear sounds higher than 20 kHz. The human cochlea just can’t do it.

The frequencies emitted by the repellers are designed to be tuned in a precise way. They are built to drive rodents, insects, and other pests out of your home and yard. You plug one of these bad boys in and pests hit the deck. They cannot deal with the sound waves, and the torture compels them well out of your life.

Good riddance! Or is it?

Ultrasonic repellers are tuned to something like 30kHz to 55kHz. That would be in kilohertz, a unit of electromagnetic frequency. So the repellers are meant to really dish out the hertz, if you catch our frequency.

Some repellents may even advertise that they kill pests using electromagnetic waves, and are marketed at a pretty reasonable price point.

A lot of ultrasonic repellers clock in at around $20, which for a non-chemical, non-invasive, odorless, humane pest solution is… Almost too good to be true.

Which Pests Do They Supposedly Repel?

It’s a pretty long list. We’ll put it in bullets points. Repeller companies have claimed to get rid of:

Some smartphone applications actually try using this same tech to get rid of pests. Wow. Well, that just leaves the question of efficacy. To delve into the hard facts, let’s take a look at the scientific literature. Woo!

Our Thoughts on Ultrasonic Pest Repellers

Ultrasonic pest repellers appear not to work. They are based on shaky science and they are often manufactured by sketchy companies. When using these products, we haven’t noticed any pest-repelling effects we could speak of.

It would be pretty surprising to hear a professional exterminator actually recommend one of these sad sci-fi trinkets. As cool as it would be to repel pests with inaudible super sounds, we do not recommend picking up an ultrasonic pest repeller any time in the near future.

Maybe if you need a nice paperweight or something.

What Should I Actually Do if I Have a Pest Problem?

Our site is full of pages detailing proper methods for repelling pests. From prevention techniques to buyers’ guides, we cover pest control with accuracy and style. Generally speaking, poisons and traps are your best options.

There are some humane options in the pest control world too, although unfortunately, none of the functional ones produce electromagnetic waves.

Related Article: 14 Best Ways to Get Rid of Mice

My name is Blane and I’m a life-long resident of Southeastern Louisiana. I’ve been working as Pest Control Technician and Inspector for about 1.5 years now.

I’ve worked in many other industries as well, including consulting, managing, as well as at the ground level in fields including Food Service, Corporate Automotive sales, and finance. Whether it be providing counsel, content, or hands-on support; my goal remains to add value to the lives of the people I serve.

If you have any questions regarding pest control, leave them below. I would be happy to help you out in any way I can.

12 thoughts on “Do Ultrasonic Pest Repellers Work? Here is the Truth”