It depends on the species. The Alpine Mammoth live between 15 and 18 years. The Siberian Chipmunk lives between 6 and 10 years.

But squirrels typically do not get to live their entire potential lifespan in the wild.

On average, wild squirrels live around six years. In the best cases, they can live as long as 12 years.

Squirrels’ lifespan tends to be shorter in the wild due to factors such as region, food supply, and predators.

How Long Do Squirrels Live In The Wild?

Just like most animals, squirrels in captivity live longer than squirrels that live in the wild.

Captivity eliminates many of the dangers that squirrels might face in the wild.

In the wild, squirrels often face dangers that cause them to die within the first year of their life.

Another common reason that squirrels live much shorter in the wild is due to humans.

On average, squirrels live around six years in the wild. In the best cases, they can live as long as 12 years.

Experts suggest that regardless of the type of squirrel, most do not live beyond 12 years.

How long can squirrels live?

Not all squirrels have the same lifespan. Depending on the type of squirrel, they can live drastically different lengths.

Below are some of the most common squirrels in the world and their lifespan. 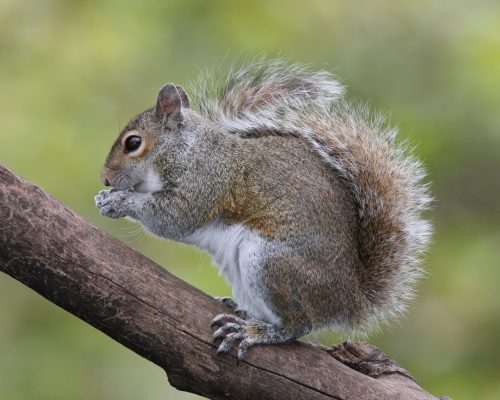 Over time, they’ve also been introduced to the western U.S, including California and Canada.

The grey squirrel is one of the longest living squirrels in nature, and they can live up to 24 years.

These squirrels are highly adaptable and can establish populations even with very low counts of introduced squirrels. 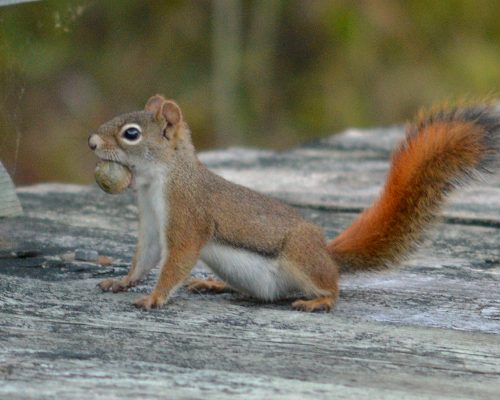 The American red squirrel average lifespan of is around five years old.

These squirrels are recognized for their signature red fur.

You can find them throughout the United States, UK, and Italy.

Red squirrels are territorial in nature and smaller in size compared to other species.

They prefer to live in coniferous forests but are adaptable enough to live in other regions as well. 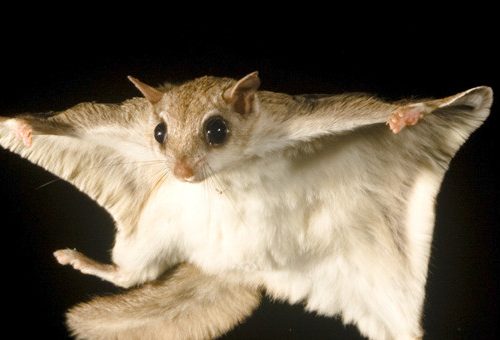 The southern flying squirrel is one of two species of squirrels that live in the United States.

On average, they live around 3 to 4 years in the wild.

But, in captivity, these squirrels can live up to 10 years old, with several cases of then living as long as 18 to 19 years. 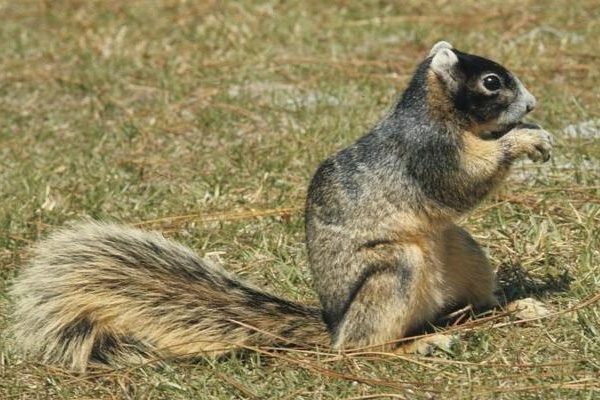 The fox squirrel is one of the most common and recognized squirrels in the United States.

In the wild they can generally live around 6 to 8 years. In captivity, fox squirrels can live between 18 and 20 years. 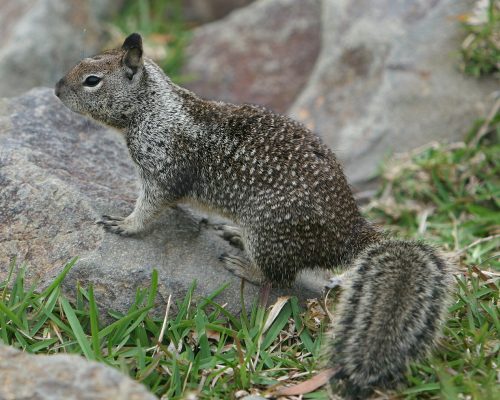 There are several species of ground squirrels that are common in the United States.

Below are their average lifespans acording to species:

What Causes Squirrels To Die?

The two most common reasons why squirrels die are predators and human activity.

Squirrels become prey for many different animals in nature.

Some of their most common predators are dogs, raccoons, skunks, hawks, snakes, owls, coyotes, wildcats.

Since squirrels are agile, they do a relatively good job of escaping their predators.

Because these abilities are not as refined during the first years of a squirrel’s life, many die young.

The second main reason that squirrels do not survive is due to human activities.

Squirrels often get killed by traps we layout for other pests.

Other human activities such as deforestation and urbanization also cause squirrels to lose their habitat and die.

While the exact reason for this difference is not clear, some indications have to do with the female’s ability to reproduce.

Scientists believe females may be born to live longer genetically compared to females.

In previous years it was thought that the female’s lack of activity could account for less exposure to danger and, therefore, longer lifespans.

That said, new studies show that females actually perform a majority of the work in the colony.

This suggests that despite the increase in exposure to danger and outside factors, they still live longer than males.

In several cases, tree squirrels can live for over ten years, with several species living longer than 20 years.

In contrast, many ground squirrels live for less than ten years.

It’s important to note that tree squirrels and ground squirrels encompass many different species. And the average lifespan varies depending on which group they belong to.

The larger species of marmots and prairie dogs tend to live longer than the smaller species within the ground squirrels.

It is possible for certain tree squirrels to have a shorter lifespan than some ground squirrels.

For example, the fox squirrel only lives around 6-8 years in the wild, whereas the alpine Marmot can live between 15 and 18.

What Are The Types of Squirrels?

Tree squirrels are the most common type of squirrel.

These are the type of squirrels often portrayed by popular culture.

As the name suggests, tree squirrels prefer to live in trees.

Tree squirrels are often confused with ground squirrels, but they have a couple of key differences.

One, tree squirrels tend to be smaller and have longer bushier tails. Their size and tail make them more efficient at climbing and living on trees.

Ground squirrels are a bit confusing because they are a subgroup of squirrels that gets grouped in with several other species.

Ground squirrels are broken down by their size.

Flying squirrels do not have wings and are not capable of powered flight like birds or bats. But they have what is called a patagium, which helps them glide.

The patagium is a fur-covered membrane that extends from their ankles to their wrist. This membrane acts like a parachute allowing it to glide from branch to branch.

The patagium closely resembles a wingsuit, which uses the same mechanics that squirrels use to glide.