Are you wondering if you could use other animals as a method to control the ticks in your yard? 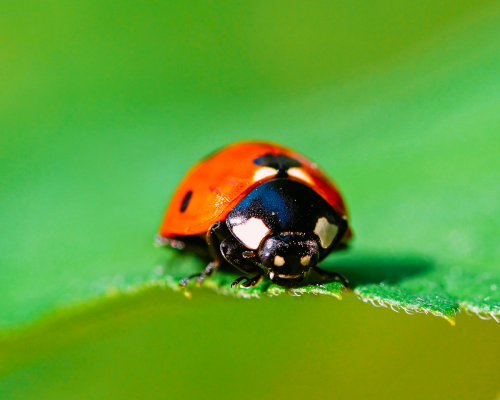 Ladybugs may be harmless and pretty to humans, but to other small, soft-bodied insects, they are vicious beasts.

Unknown to most, ladybugs are carnivorous. And they have quite the appetite.

These cute dotted bugs hatch from their eggs, ready to start eating. And they can feast on around 50 small insects per day!

It’s not uncommon for ladybugs to lay their eggs near food sources such as tick nests. Doing so allows their larva to have immediate access to the food source right after hatching.

Ladybugs are a great method of getting rid of ticks in your yard and around your home.

You can purchase large packs of live ladybugs that you can release in your yard.

Metarhizium anisopliae is a fungus that attacks ticks.

They are often used as a means of biological control against ticks.

The fungus attaches itself to any ticks it comes in contact with. It will then penetrate its exoskeleton.

Over time it will grow inside the tick, eventually killing it.

This fungus is found naturally in soil. But you can also purchase it in-store.

If you are looking for an effective and discrete way to eliminate ticks, this is your best option.

Spiders are predators, and they eat almost anything they can get their hands on.

Since ticks do not move much, they make great targets for spiders.

Even better, many spiders hide and live in grass and rocks, which is exactly where the ticks are.

That said, spiders are not a legitimate way to get rid of ticks in your home.

While spiders reduce the tick population, they are not guaranteed to eliminate them.

The Ixodiphagus hookeri is a type of parasitic wasp that is parasitic to ticks.

While the wasps don’t eat the ticks, they lay their eggs inside the ticks’ nymphs and larvae.

After two to three days, the eggs will hatch inside the tick’s body and eat their way out, eventually causing them to die.

Parasitic wasps are harmless to humans and animals. But they are not a legitimate way to get rid of an entire tick population.

If you do have parasitic wasp around your home, it’s best to leave them there in the hope they can reduce the tick population.

Praying mantis thrive on eating insects such as ticks.

These predators are a great hunter. They stalk their prey until they are ready t attack.

Tick birds are one of many birds that eat ticks.

They latch on to mammals and eating any insects living on these animals, including ticks.

These birds are commonly found on rhinoceros or zebra.

You might recognize them from the iconic Disney movie the Lion King. They appear in several scenes but most notably on the back of Pumbaa.

They are known to make a loud hissing noise when they spot danger, acting as a second alert mechanism for the mammals.

Chickens can eat a large number of ticks with just one day of gazing around a patch of grass.

They are a great way to control the insects you have inside your yard. A bonus is that they also produce eggs.

Ducks are great at hunting ticks and can eat large quantities in a short period.

They are highly effective at reducing the tick population.

Ducks are also easy to care for compared to other fowl that might also produce similar results. 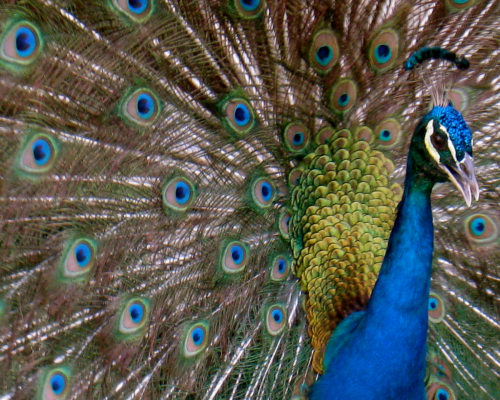 Similar to other fowl, Peacocks eat nearly any insect they come in contact with.

And they can eat about two cups of ticks per day. In some cases, they will eat more than that.

These are great birds to use to control your tick problem. They are easy to maintain and beautiful to look at.

And compared to other fowl, turkeys can eat much more of them!

Turkeys can eat up to 200 insects in a single day. This is great since ticks can lay thousands of eggs at one time.

With several turkeys, you can have your tick infestation eliminated in a few weeks or less.

The guinea has a large appetite, and, like many other fowl, it loves eating ticks.

This animal has a voracious appetite and is highly effective for tick control. 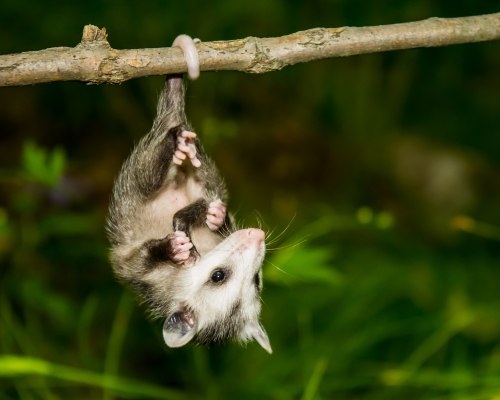 Opossums are one of the greatest tick killers alive.

They are known for their immense ability to find and eat ticks.

It’s projected that if a single Opposum was placed in an area with ticks, it could eliminate 95% of its population.

It’s also projected that they eat around 5,000 ticks every season.

They are also known for eating many other unwanted pests, such as rodents and venomous snakes.

Opossums are a great source of eliminating ticks but also managing other rodent and pest problems around your home.

Similar to opossums, possums are very effective at killing ticks.

They are known for wandering around and allowing as many ticks to climb on them as possible.

Since they are very effective groomers, they quickly remove and eat any ticks that have latched onto them.

This makes possums a great way of eliminating ticks.

Frogs are not very picky eaters. They will eat nearly anything they catch and can fit in their mouth, including ticks.

That said, frogs will are not voracious tick predators.

Since fogs live close to the water, they don’t encounter ticks very much. As such, frogs not a likely or effective method of getting rid of ticks.

Lizards are great at finding and eating ticks.

The Western fence lizard, in particular, is known for its special appetite for ticks.

Another benefit of Western fence lizards is their ability to eliminates Lyme disease from a tick.

When ticks feed on them, their blood disinfects the ticks from the disease.

So, when these lizards are not eating ticks, they are reducing the risk of Lyme disease by letting ticks drink their blood.

16. Squirrels And Other Rodents

Squirrels and other rodents (except mice!) eat ticks, too.

They aren’t the perfect option to manage ticks, however. They could spread other illnesses as well.

Ticks are also not their preferred food choice, so they are not great at eliminating entire populations.

Contrary to popular belief, Ticks aren’t insects. They are arachnids.

Adult ticks have eight legs, a circular torso, and have a width of only a few millimeters.
They prey on wild animals such as deer, foxes, and rabbits. However, they also feed on dog and human blood.

What Harms Do Ticks Cause?

Certain ticks carry Lyme disease, which can cause severe illness to humans.

Lyme disease can contribute to complicated and long-lasting health issues.

What Is The Tick Life Cycle?

The tick spends most of its adult life sucking blood from its host.

Bats do not eat ticks.

Most bats are known for chasing food that passes through the air. These flying animals use their echolocation skills to find insect swarms. The bats then plunge towards them for dinner.

Not intentionally. A snake may accidentally swallow ticks if they’re attached to the snake’s meal.
Snakes do not snack on ticks but eat much juicier prey such as rabbits or mice.

No. Geese don’t eat ticks. When they do, it’s accidental. Geese usually just graze, and may eat some bugs. Geese aren’t known as effective tick control.