Home » Product Reviews » How Fast Can Termites Destroy Your Home?

A mature termite colony of 60,000 termites can eat about ten pounds of wood per month.

Ten pounds is equivalent to about three feet of wood.

That means 60,000 termites can leave your home with a three-foot hole within a month.

But, if not treated, those 60,000 termites will continue to spread and multiply.

Subterranean termite colonies, for example, mate and start new colonies after two to six years of being established.

And they can increase to several hundred thousand in 6 to 7 years.

At that size, subterranean termites could consume a 2,000 square foot home in 25 years.

A mature Drywood termite colony is much smaller at 4,000 termites.

They typically expand between two to three colonies per home.

While that may sound like a small number, it shouldn’t be taken lightly.

Drywood termites spread their colonies at different parts of your home.

They can cause significant damage by destroying the structural integrity of a home.

Significant structural damage to a home happens after 3-5 years of an infestation.

How Long does it take for termites to do significant damage to a house?

Termites generally cause significant damage to your home after 3-5 years.

During this time, they will populate, create multiple nesting sites, and build an extensive network of tunnels.

Unfortunately, it’s not uncommon for homeowners to be unaware of a termite infestation until there’s already significant damage.

For example, most homeowners don’t know they have an infestation until they see flying termites inside their home.

That’s because unlike most termites, flying termites go out in the open to mate.

But it takes years before a termite colony produces flying termites.

For Subterranean termites, this happens after two to six years of being established.

So, by the time homeowners see flying termites, it’s likely that the termites have already done considerable damage to the structural integrity of their home.

Such damages can cost thousands of dollars to fix.

In extreme cases, termites can damage the structure of a home so extensively that they become uninhabitable.

Subterranean termites are much faster eaters than other termite species.

That’s because Subterranean termites grow their population much larger than Drywood and Dampwood termites.

Both Drywood and Dampwood termites only grow their colony to 4000. But Subterranean termites can grow their territory to 60,000 to 1 million.

Termites generally work much slower during the winter or in colder environments.

Decaying wood is much easier to consume. And wood with holes provides them with easy access.

Like us, termites prefer certain foods over others.
They find some types of woods, such as teakwood and Redwood, to be unappetizing.

And they perceive others to be particularly satisfying.

In one study, they show that termites especially prefer Douglas Fir and Southern Pinewood.

As such, the termites consume them twice as fast compared to other woods.

Other types of wood that termites love are Oak, Spruce, and Hemlock.

While avoiding these woods will not necessarily keep termites away, it will prevent termites from destroying your home faster than they should.

Large colonies require more food. As such, they will eat faster and more often than smaller colonies.

How much damage do termites cause each year?

Termites cost 600,000 homeowners in the U.S. over 5 billion dollars each year.

And about 90% of the damage is made by Formosan and subterranean termites.

According to the USDA, homeowners spend at least 2 billion dollars on Formosan termites damage alone each year.

Most of these costs are paid out of pocket by the homeowners.

The average cost homeowners pay to fix termite damage is $3,300.

How can you tell how long you’ve had termites?

While it is difficult to know precisely how long you’ve had termites, you can make an educated estimate.

For example, if you see flying termites or discarded wings in your home, you know that you’ve had termites for at least two years.

Termite colonies don’t produce flying termites until they are mature enough to expand.

They generally produce them anywhere from two to six years after being established.

If there is significant wood damage in your home, you likely have had termites for at least three years.

It is usually quite easy to spot extensive damage once you inspect a piece of wood.

On the other hand, if you only have minor localized damage, the infestation in your home is likely less than two years old. 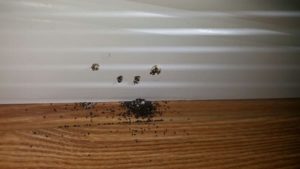 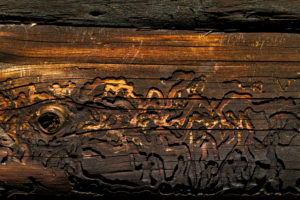 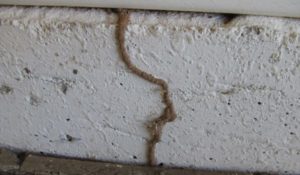 You should be able to repair these damages with wood filler or by replacing small sections of wood.

How to determine the extent of termite damage

You should be able to repair these damages with wood filler or by replacing small sections of wood. 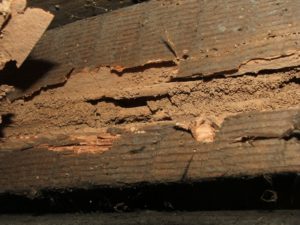 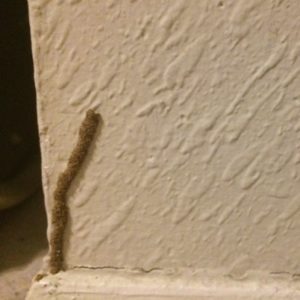 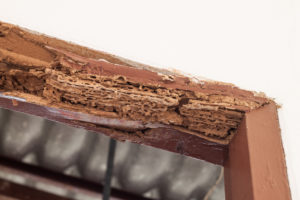 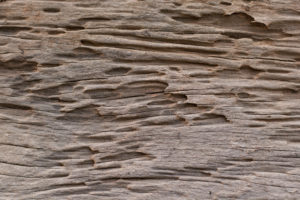 How many termites are in a colony

The number of termites in a colony will depend on the termite species.

Signs that You Have Termites

That’s because most termites hide inside the wood or soil. But flying termites will go out in the open to mate.

If you see flying termites inside your home, you know that there’s an established colony nearby.

In some cases, discarded wings are one of the only signs that a swarm happened.

If you see discarded wings, it means there’s a mature colony nearby, expanding. 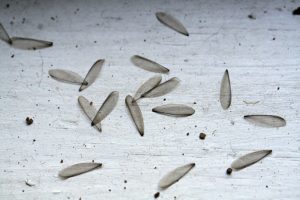 Seeing dead flying termites, a.k.a alates, inside your home is not a sign that a termite population is dying.

Flying termites swarm to leave the nest, reproduce and start a new colony.

But most are expected not to survive, especially unsuccessful when swarming indoors. 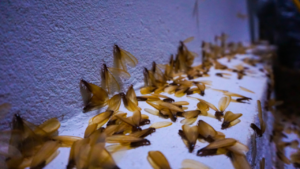 A mud tube is made of subterranean termite droppings, soil, saliva, and wood.

They are typically the first indication of Subterranean termites infestation. 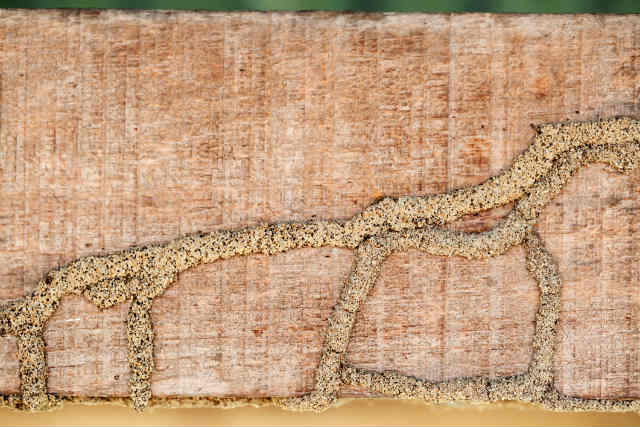 Pellets or frass are a sign of Drywood termite infestation.

They are Drywood droppings that look a lot like sand or sawdust.

Drywood termites use “kick-out” holes to remove pellets from their tunnels.

If you have an infestation, you may find small piles of pellets near these kick-out holes. 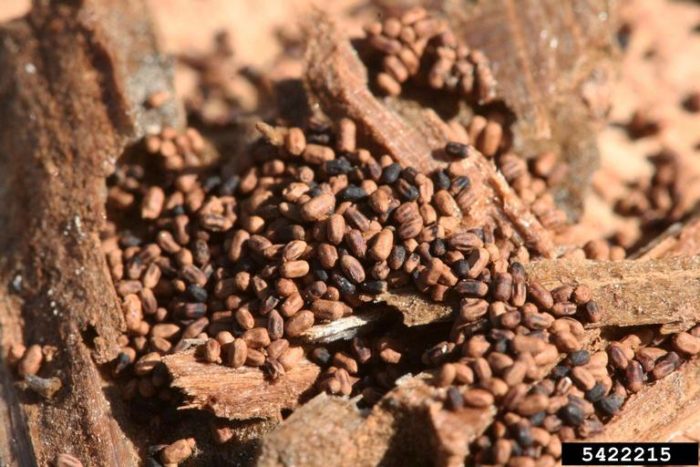 Dampwood termites use their droppings to protect their nest.

In particular, they use it to seal entry points from the outside world.

Termites devour wood from the inside out, leaving a weak shell.

As such, when you knock on an area that has termite damage, it will sound hollow.

Sometimes you’ll be able to hear them eating if you place your ear against your walls.

This moisture causes paint to form a bubble.

When termites feed on wood, they leave it looking hollow or caved in.

Sometimes, the damage will be so extensive that you’ll see the termite tunnels inside.

You may also notice rotting wood on termite-infested areas.

Termites love humid environments. To make sure they have it, they seal cracks and holes on the wood with their droppings.

But the trapped heat and moisture cause wood to warp. This warping makes it challenging to open termite-infested doors and windows.

Termites seal cracks with their droppings to create the perfect moist environment.

To do this, they turn their droppings into a mud-like cement. 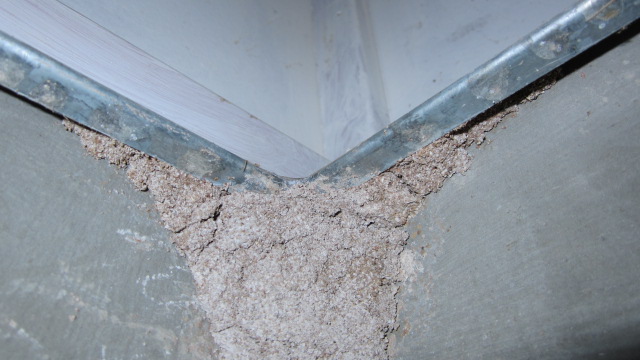 Resource: Top 13 Signs You Have Termites

How To Prevent Termites?

Termites thrive on firewood, so make sure to keep them at least 20 feet from your home.

It’s also a good idea to keep firewood a few inches off the ground.

Termites need a water source to survive. And they flourish in damp and moist areas.

Ventilate your home to prevent them from becoming too humid.

Replace All Damaged or Rotting Wood.
Remove all damaged wood. Make sure to replace it with wood that’s treated with pesticides.

Remove all plants and mulch away from the foundation of your home.

Chipped paint and small holes allow termites to penetrate wood easily, so make sure to seal them.

You can do this using a fresh coat of paint followed by a sealant or primer.

Resource: How to Treat Wood To Prevent Termites