Are you trying to determine if you have ticks or another bug around your home. Identifying ticks can be overwhelming if you don’t know what you’re looking for.

Several other bugs look similar to ticks. To make a definite identification, you need to be able to tell the difference.

In this post, I’ll go over what ticks look like and differentiate them from bugs that look similar.

Ticks are small insects that survive by sucking the blood from mammals, birds, and in some cases, reptiles and amphibians.

They create issues for humans when they bite on dogs or cats. This is the most common way that ticks can enter the home. It’s also a sign that there is a tick infestation outside your home.

Ticks look very similar to bed bugs, except they are larger. 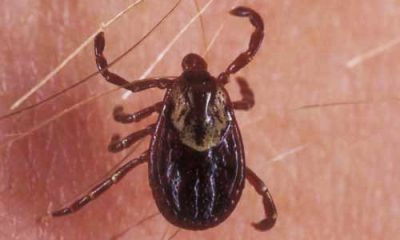 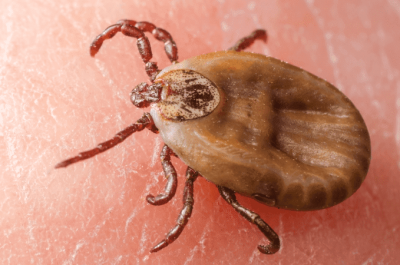 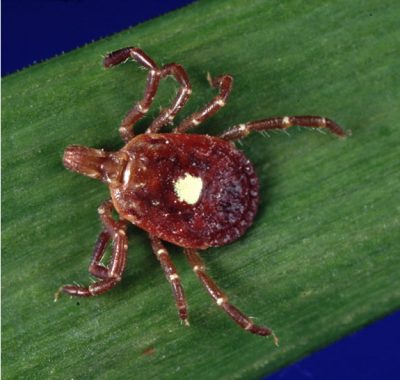 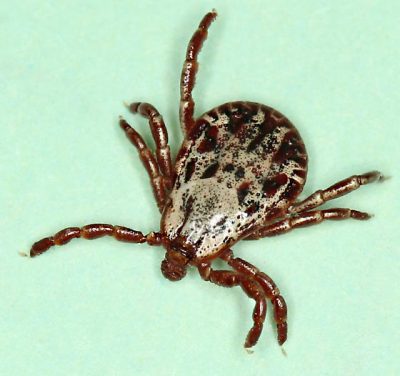 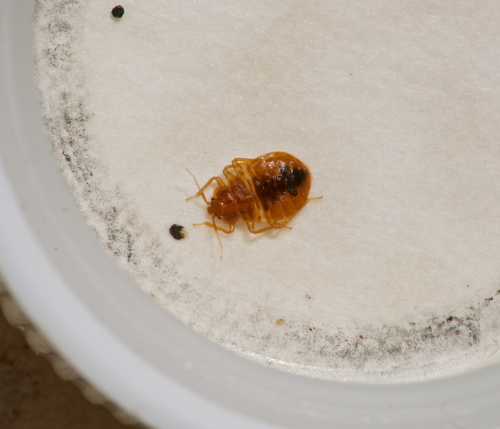 Bed bugs are similar to ticks because they both survive off the blood.

Unlike ticks, bed bugs need humans blood to survive. You will find bed bugs indoors, typically in bedrooms or where their host sleeps.

Another key difference between ticks and bed bugs is their size.

Another distinction is their body shape. Bed bugs have a small head, a clear thorax, and a large abdomen.

On the other hand, Ticks have a tiny head that accounts for only about 1/10th of their size and a massive abdomen. 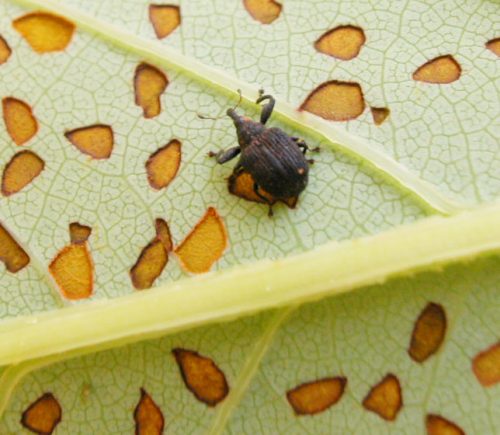 Poplar weevils are also known as “flying ticks” or “false ticks.” These weevils gained popularity when their population invaded several states on the East coast in large numbers.

The easiest way to tell polar weevils and ticks apart is that the poplar weevil can fly. They also have no interest in humans or mammals. They survive by eating the poplar plant.

Another key distinction is the signature long snout that most weevils have. Ticks, on the other hand, have a tiny head and a huge abdomen.

If you inspect very closely, you will also see that polar weevils only have legs while ticks have eight legs since they are apart of the arachnid class. 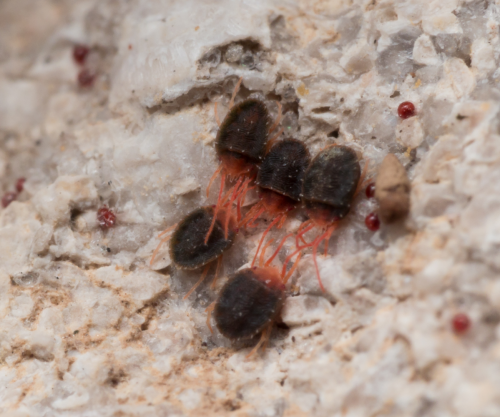 Clover mites are another insect that many people may confuse with ticks. The biggest difference between clover mites and ticks is their size.

Clover mites don’t bite humans. They feed on plants and other leaves. Clover mites are only 0.4mm as adults, while ticks measure at least 3mm at their smallest as adults.

They do have some similarities. Both have eight legs oval-shaped body and have a red-hue.

They also tend to live in the same areas. You can find clover mites hidden among plants, grass, and other shrubs.

Those are where the similarities end. Clover mites are harmless to people.

In any event, if you find clover mites crawling on you, the easiest way to identify it is by its size, signature bright red color, and shape. 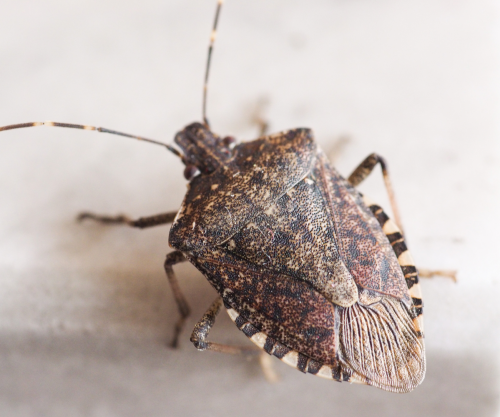 The brown marmorated stink bug and many other stink bugs are some of the most mistaken insects for ticks. The main reason is that they are of a similar size, shape, and color.

While they look somewhat similar, the stink bug is relatively easy to differentiate from ticks.

While they tend to take on a light brown color similar to the lone star tick, most other tick species are darker or have a red hue.

The Brown Marmorated stink bug also has signature patterns along the end of its abdomen. There are lighter-colored stripes at the end, whereas the abdomen of ticks doesn’t have any stripes.

If you see a bug on you, the easiest way to determine that the stink bug is not a tick is their log antennas. Ticks don’t have antennas.

This is a clear indication that you can make as soon as you see the stink bug on you or around your home.

5. Common Weevil and Other species of Weevil 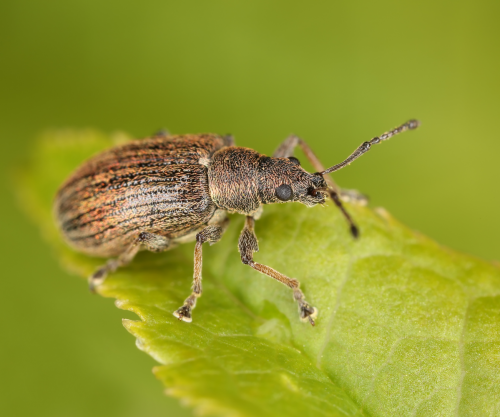 The common weevil and many other species of weevil are often mistaken for ticks. The main reason is that they have a similar body shape, size, and color.

While they are often confused, they are relatively easy to differentiate when you know what to look for.

A signature feature of most weevils is their narrow snout-shaped head. Ticks, on the other hand, have a tiny head with a very large abdomen.

The common weevil is typically brown or black. This is one feature that ticks and weevils can have in common.

They also tend to grow to be around the same size, which can cause some confusion when you initially see a weevil around your home.

Another common feature that you can use to distinguish between weevils and ticks is the antenna. Weevils have segmented antennas, while ticks don’t have antennas at all.

The good thing is that weevils are harmless to humans. While they are harmless, they can invade the grains and starches inside your home. 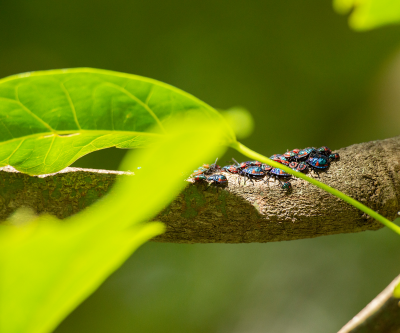 The harlequin cabbage bug is a type of stink bug. This stink bug is found in the south of the United States. It commonly infests cabbage crops but also infests other related crops in the same area.

The Harlequin Cabbage Bug is around the same size as a tick. They have shield-shaped bodies that are different than the tick’s oval-shaped bodies.

They also have a unique color compared to ticks. Harlequin Cabbage Bugs take on a signature black color with red, black, and white spots. Ticks, on the other hand, typically are one single color with some small gradations.

Harlequin Cabbage Bugs are unlikely to cause any harm to humans or infest your homes. These bugs tend to stay outside in large fields where there is plenty of food available.

If you do encounter a Harlequin Cabbage Bug and you’re not sure if it’s a tick. The easiest thing to do is to check the color. If there are spots, you immediately know that it’s not a tick.

7. Head Lice and other Lice 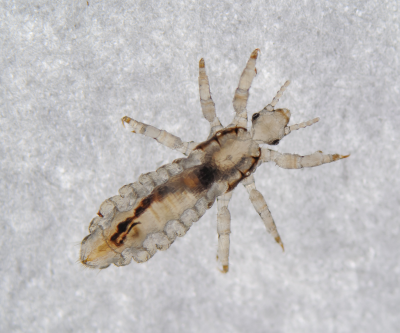 Lice are a common pest to most animals. While they each have their own lice species, each species has the same characteristics and survives the same way.

The main difference between lice and ticks is their size. Lice are tiny and barely visible to the human eye. Ticks are small, but they are much easier to spot than lice.

Lice also have an elongated body compared to the oval body that ticks have. Lice can be white, black, or brown.

Ticks, on the other hand, usually infest animals individually or in small groups.

Where Do Ticks Live?

Ticks don’t require a specific habitat to survive. While they naturally prefer areas where there are moisture and vegetation they can live in a variety of areas.

What Do Ticks Eat?

Adult ticks can survive between one and two years without a host.

Larvae and nymphs can only survive 1-2 weeks without a host before dying.

Yes. Ticks bite to extract and feed on blood. Their bites are usually painless and don’t itch at all.

Unlike bed bugs, ticks stay attached to their host for several days before they release their grip.

Tick bites typically leave red welts on the skin with some residual redness around the bite mark.

Ticks do not fly or jump. They crawl to attach themselves to people or pets.
Once attached, they crawl up and find somewhere to impale themselves onto their host.

Ticks are generally harmless. Their bites are not painful nor itchy.

That said, some species of ticks can cause diseases.

Deer and wood ticks, in particular, are known to carry germs that can cause Lyme disease and Rocky Mountain fever.

In some people, tick bites can cause an allergic reaction, which results in a rash on the skin.

Yes, mites do look similar to ticks in some ways. But, mites are microscopic. They are not visible to the human eye which makes them hard to confused or compare to ticks.

Ticks, on the other hand, are visible to the human eye and can grow quite large, and are easy to see with the naked eye.

This means that spiders and ticks both have eight legs, small heads, and large abdomens.

Other than that their behavior and characteristics are very different.

No, bill bugs don’t look like ticks. Bill bugs are a species of weevil that is much larger than ticks. When ticks and bill bugs are compared to each other they don’t share many similarities.

They are not found in the same habitats and don’t pose any of the same dangers.

The most common red bug that looks like ticks is the clover mite. Clover mites are red and share similar characteristics to ticks.

Clover mites although they are much smaller they have eight legs and a similarly shaped body as ticks. It’s quite easy to distinguish clover mites and ticks because of their size.

Clover mites are barely visible to the human eye. They also have a distinct bright red color whereas most ticks have a dark brown-reddish color.